Particulates, Keep Out: Your Ultimate Guide to Cleanroom Classifications and Design 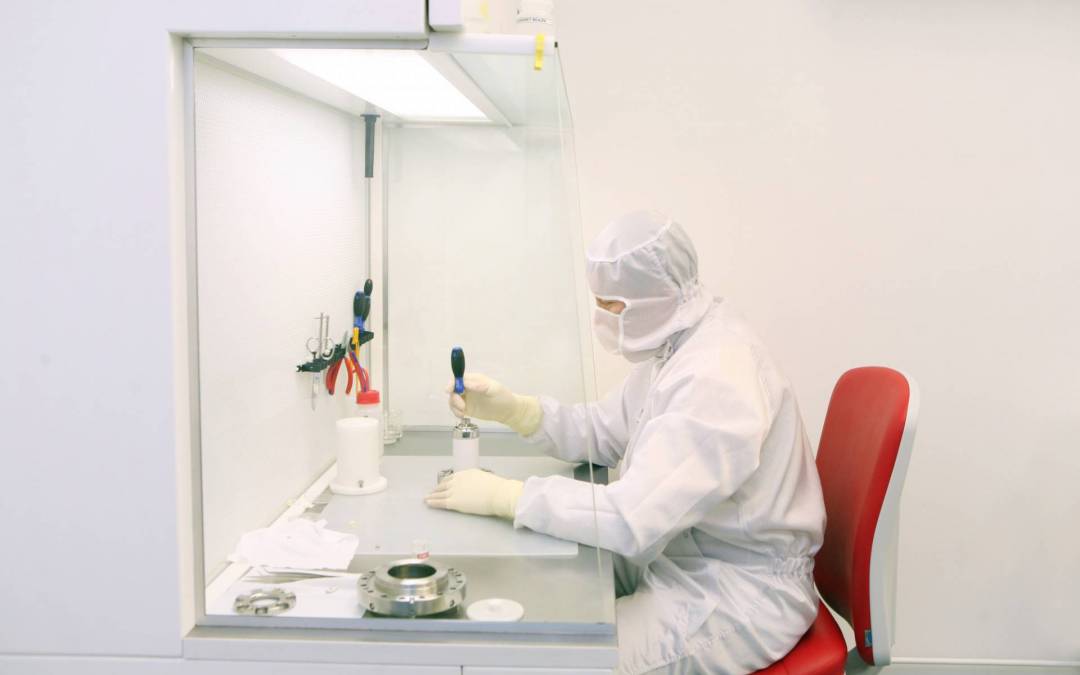 A technician arrives at the Nikon camera manufacturing facility near Bangkok. After passing through security, she swipes a card to gain entrance to a locker room. High security is in place to keep out, not only unwanted intruders but also tiny particles.

A worker at an Intel facility in Phoenix pulls a protective suit out of his locker. He puts it on and connects the supplied breathing apparatus. He steps into an airlock and a rush of air cleanses his suit of loose particles.

A research scientist steps out of the airlock and into the laboratory. At Pfizer in New York City, he hears the hum of the air filtration system. He opens a small cooler and pulls out a test tube rack.

Cleanroom standards allow manufacturers to count on the best results every time. Various designs cover a wide range of applications.

The U.S. General Service Administration first set up cleanroom standards. These rules are known as Federal Standard 209E (FS209E). Governments and engineers throughout the world used the FS209E standards.

In 2001, FS209E was replaced by ISO 14644-1. This article will make some general comparisons since many of the standards are the same. But there are some differences.

The ISO standard created three new classes. Two classes are cleaner than FS209E standards. One class is dirtier than FS209E.

ISO created its Cleanroom Classifications 1-9 to set requirements for various required environments. Class 1 starts at the cleanest. ISO cleanroom requirements are progressively relaxed up through Class 9.

For ISO classes 1-5, particle counts tests are required every 6 months to remain compliant. Classes 6-9 must be tested once annually. All classes must have air pressure difference and airflow tests each year.

There are standards set up for optional tests as well. These tests include the following:

ISO 1 is the cleanest standard. No particulates of 0.3 microns or larger allowed. 360-600 air changes must occur per hour. 80-100% of the ceiling requires fan coverage. ISO standards call for an average airflow velocity of 60-100 ft/min.

ISO 2 allows for particles that are less than 1 micron. 360-600 air changes must occur per hour. 80-100% of the ceiling requires fan coverage. ISO standards call for an average airflow velocity of 60-100 ft/min.

ISO 3 requires only particles less than 5 microns. 360-540 air changes must occur per hour. 60-100% of the ceiling requires fan coverage. ISO standards call for an average airflow velocity of 60-90 ft/min.

ISO 4 only allows particles less than 5 microns. 300-540 air changes must occur per hour. 50-90% of the ceiling requires fan coverage. ISO standards call for an average airflow velocity of 50-90 ft/min.

ISO 9 is the dirtiest standard. Average airflow velocities, air changes per hour, and ceiling coverage is not standardized. There are still particulate requirements.

Cleanroom projects must be precisely designed and constructed. A minor mistake can leave the space unusable for its purpose. A cleanroom contractor coordinates the entire build process.

Designers, engineers, and contractors that design cleanrooms need strong knowledge in many fields. They have to understand the particles created by personnel and equipment. They must also have a full understanding of HVAC systems.

Cleanroom classes 1-5 use a unidirectional, or laminar, airflow. HVAC systems supply air in a single direction at a fixed velocity in parallel streams. Air is often recirculated from the base of the walls to the filtering system.

Cleanroom classes 6-10 use a non-directional, or turbulent, airflow. There is no speed or direction regulation. This leaves the room susceptible to air pockets where contaminants can collect.

Conventional construction. This is the building of a cleanroom through typical building techniques. These types of cleanrooms are usually permanent structures.

Modular Cleanrooms. Contractors build these cleanrooms onsite from precut materials. Manufacturers often provide these materials, including walls and ceiling components, in a kit.

Mini environments. These are usually created around or within a tool. They are often used to protect semiconductors from atmospheric exposure. Semiconductors are only ever exposed to the atmosphere in the mini-environment.

Pass Throughs have a small airlock chamber with two doors. They allow equipment and personnel to enter and exit with less particulate contamination. These rooms are common in labs, sterile rooms, and manufacturing areas.

A gowning area is an intermediate clean room where personnel can put on proper PPE. The PPE safeguards both the user and the surfaces in the cleanroom. Gowning areas are usually joined to a cleanroom by a pass through.

Manufacturers across many industries have to test their cleanrooms frequently to remain compliant. Whether it’s lenses, microchips, or solutions, tiny particles can be like huge wrecking balls.

Use the Passport system when testing your HEPA filters. It can save between $600 to $1200 per certification. Your current HVAC contractor or your own maintenance department can install it. Don’t worry about noncompliance again from faulty HEPA filtration in your cleanroom.